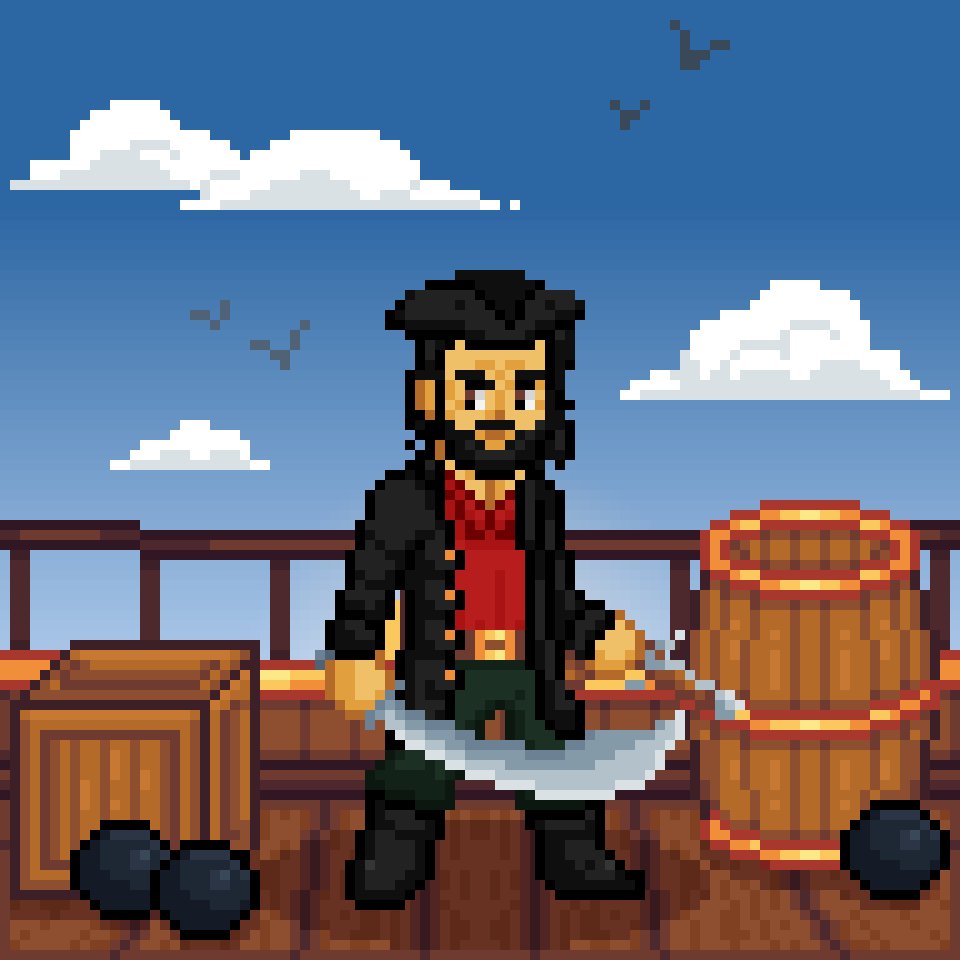 Buried Loot is a pen and paper puzzle-solving game that takes place over ten weeks where half the total cash value of the project is up for grabs. It’s up to you to solve the clues, riddles, and ciphers along the way that will lead to a life-changing treasure. At launch, we will release ten thousand avatars. Each week after launch we release a chapter of the story and a clue to be solved. The first person to solve the final clue, to piece it all together, wins the lion’s share of the final treasure. Some reserve winnings are spread out amongst runners-up.

Skull & Bones is the first series of Buried Loot. With pixel art and a pirate theme, it starts with humble beginnings and an enthusiastic team but aims to release a new series each quarter. Each series will have its own theme, its own style of art, its own story, growing bigger and better with each iteration.

Buried Loot aims to reintroduce a sense of fun and adventure back into this stale world. We want to encourage people to play in teams and follow along with a story, to solve clues, riddles and ciphers on the path to riches. Half the total cash value of the project from the sale of the Pirates to the Clues will go into the treasure chest to be won in the end.

Skull & Bones is series 1 of a game we plan to unveil several times a year, to create life changing wealth for those keen enough to solve their way through the maze. Each series will have its own theme, its own style of art, its own unique story and elements. The pirates and pixel art are representative of our humble beginnings, and also a reflection of the beginning of gaming in general. As Buried Loot continues to grow, as the treasury grows, the quality of all elements within the game, the art specifically, will increase to masterworks.

We’re so excited to bring this to the community, to foster the kind of fun and adventure when there were still places on this earth yet undiscovered.