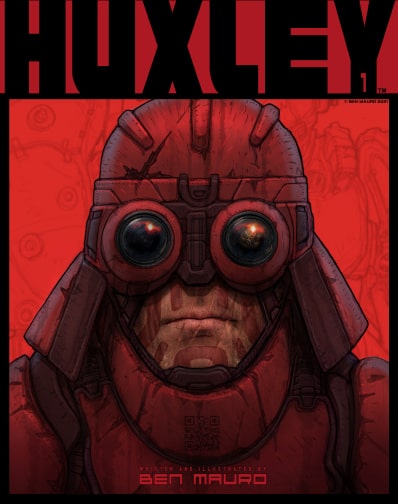 Message Body:
Ben Mauro, senior concept artist for the widely anticipated Halo Infinite title, is releasing a fully-fledged universe of his own, entitled Huxley. A six issue graphic novel saga a decade in the making, the series will be available in both NFT and physical forms and hosted alongside other signature collectibles on a direct-to-community platform powered by Feature.

Huxley represents the culmination of Mauro’s many years of experience creating worlds, characters, and concept designs for the likes of Call of Duty, The Hobbit, Elysium, Chappie, and of course, the Halo dynasty. He also has a proven track record within the NFT community, having achieved enormous success with his NFT art series, Evolution. Mauro has been immersed in the world of Huxley for over 7 years, hand-drawing and writing the post-apocalyptic narrative in his home studio – perfecting each character, page and plot line.

ISSUE 1: The Discovery is available now available for .1 ETH. Hold, burn, or hunt. The choice is yours…

Join the hunt at huxleysaga.com

Join the Discord at https://discord.gg/PXeKdgUK4R