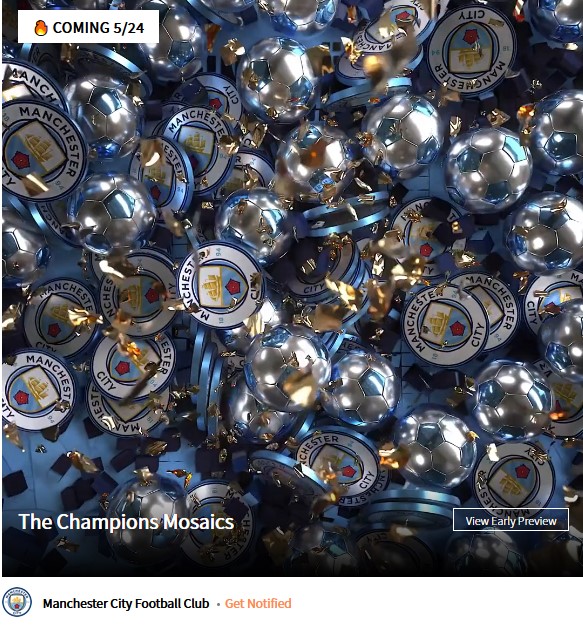 Under manager Pep Guardiola, one of the most highly decorated managers in world football, the Club plays its domestic and UEFA Champions League home fixtures at the Etihad Stadium, a spectacular 55,000 seat arena that City have called home since 2003. Today, the Stadium sits on the wider Etihad Campus, which also encompasses the City Football Academy, a state-of-the-art performance training and youth development facility located in the heart of East Manchester. Featuring a 7,000 capacity Academy Stadium, the City Football Academy is also where Manchester City Women’s Football Club and the Elite Development Squad train on a daily basis and play their competitive home games.

Jon Noorlander is a multidisciplinary artist working in the creative field for over a decade. His artistic journey began at an early age, surrounded by different art forms stemming from his family. His mother, a painter and father, an architect. The Swedish artist has gained inspiration for his designs through time spent living and working in London, Los Angeles and currently New York. Learn More