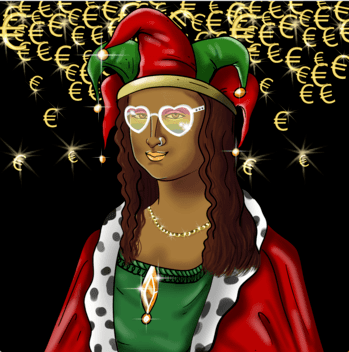 The Mona Lisa is a half-length portrait painting by Italian artist Leonardo da Vinci. Considered an archetypal masterpiece of the Italian Renaissance, it has been described as “the best known, the most visited, the most written about, the most sung about, the most parodied work of art in the world”. We’ve brought this back to life in a NFT series, called the Mona Lisa’s Club.

This series is exclusively for high net worth individuals looking to store, use and sell the art. Thereby profiting in the short, medium and long term. VIPs and whales will get provided with front slots along with all whitelisted buyers via the discord gateways. Thereafter public sales will occur.

Just by holding a pre-determined number of Mona Lisa’s Club NFT’s you’ll gain access to other club channels, meetings, events and get to hang with similar wealth and interests as you. This will enable you to network better, sell more, engage more and impact your life in other areas outside the NFT world.

Each membership stage is progressive, i.e. if you hold the highest number you’ll have access to all and can use your discretion as to which ones you want to interact with the most.

Join our discord for more information!