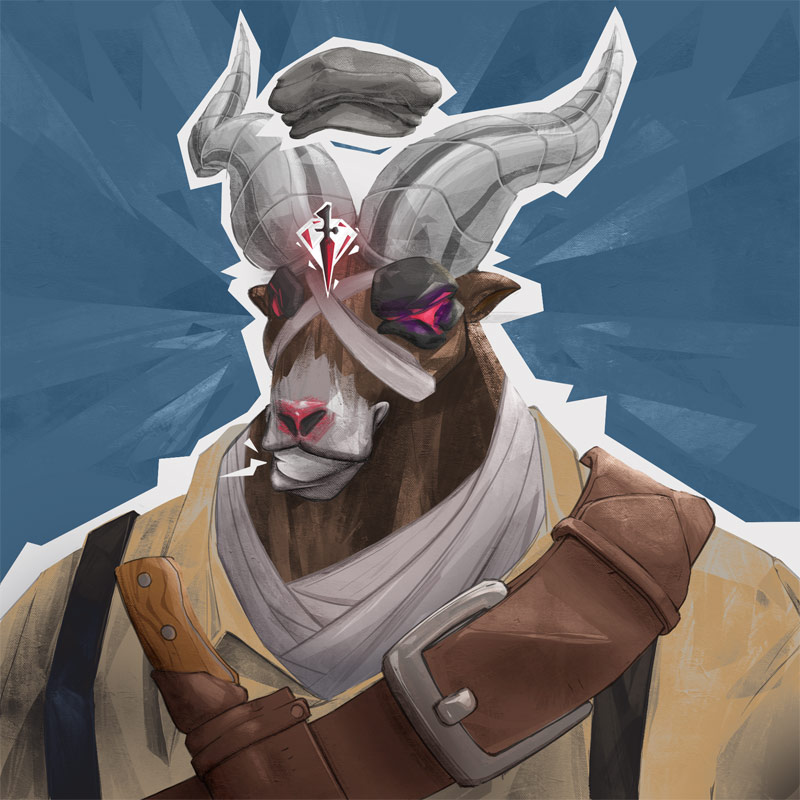 Rams Syndicate is a community driven project that started by creating a collection of 6,000 unique Rams NFTs (ERC-721 tokens) inspired by the underworld criminal organizations from the 20th century like Irish/British/Jewish/Italian gangs of the 1910s/1920s. Moreover, the design of the Rams and the project itself is heavily influenced by the Industrial background of the gang dominated United Kingdom in the aforementioned period, sprinkled with some steampunk aesthetics and retro futuristic technology.

The Syndicate was created to bring together once competing gangs like the thieves, coiners, rioters, coppers, and gamblers as they could not afford internecine strife. Therefore, 6.000 horned members have gathered up and united their force to achieve total dominance. They are going incognito for now hidden in the ETH blockchain safehouses, casinos, banks, police stations, and dens, so the first step is to discover what ram dwells in you.

The Syndicate will give to its lucky holders numerous prizes such as an Audi R8 at 80% mint and 5 Mutant Apes at 100%. Moreover, the project will establish the Syndicate Vault (DAO), which will work based on group votes, with the NFTs being the entrance ticket for the DAO. Not only that, but we plan to create a P2E fighting game, which will feature live betting on the fights, pinkslip fighting and daily tasks with $RAM as the currency for the entire Syndicate metaverse starting with the aforementioned game. The $RAM token (ERC-20) can be earned by playing the game or staking your NFT and it will be used to make in-game purchases, items, boosts and placing bets.

Roadmap 2.0 will be centered around the Syndicate Metaverse which will include gaming compatibilities, as well as lounges and casino facilities.