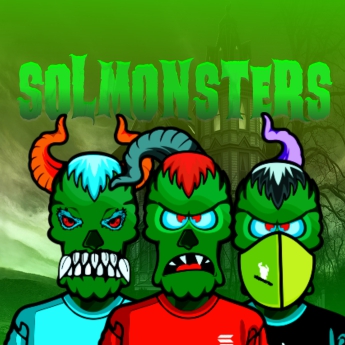 NFT Drop Details:
A land besieged by an enemy coming from the pit of Hell, as declared:
“Upon the foes arrival will we stumble. Through the 2222, we might rise once more”
The Monster, are have descended on earth to avenge for their brother which was killed by the demon of the sea, {THE WATER DEMON}.
The earth is scared of loosing it’s pride to the fight of two great monsters which made earth their battle field, the rulers of the earth set up a meeting with them to use the space but the two decided to battle on planet earth which was where their brother was killed.
2,222 Monsters were sent down to revenge for a monster soul whereby the earth will be destroy with rage of great two mortals.
https://twitter.com/solmonsterzone