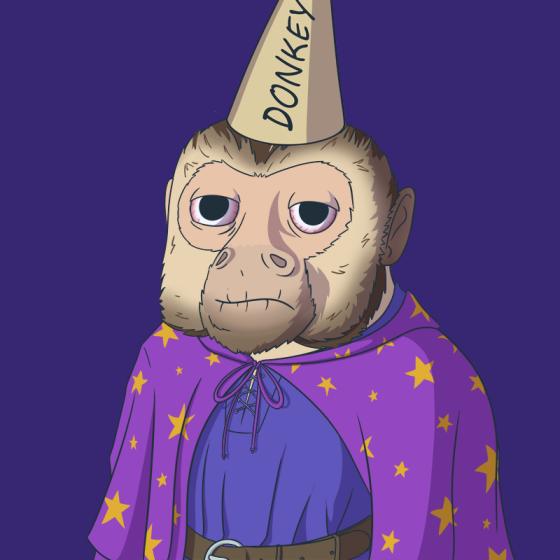 Dear Monkeys, we’re glad to announce the Infinite Monkeverse, a blockchain-powered ecosystem combining NFTs with our utility token MNKY, which you will be able to get by staking your Monkeys either from The Resistance’s and/or The Hunter’s faction, playing our games and actively participating in the activities and SMOps we have planned!.

The Monkeverse is composed of 5 chapters (AKA Generations) where you will discover the history behind the world ruled by Monkey Hunters who dominate over the Banana Resistance, but you can change that! 🍌

🟥 Chapter 1: Sam’s greed consequences & The Birth of a Resistance

🟣 The Hunters tax 20% of The Resistance’s withdrawals while staked on the battlefield.

When claiming your $MNKY tokens there are some rules:

Hunter Monkeys You have no risk of claiming your MNKY.

Resistance Monkeys Hunter Monkeys tax 20% of the MNKY you claim and your monkey gets locked on the battlefield for 2 more days, when unstaking your monkey you have the risk of getting robbed on your way out!
Staking/Unstaking Mechanics

When unstaking your Resistance Monkey there will be an inversely proportional probability to the percentage of Monkeys staked (Same faction) to lose your tokens which will be added to Faction Funds.

The whole Monkeverse is based on MNKY (Monkey Coins) which are used to raid, breed and more!

DAO Funds: 10% of raid rewards are sent to a community DAO destined for marketing, development and charity.

These pools are used to fund raids from The Hunters or The Resistance. More details soon.

A few Milestones will be set in regards to the amount of MNKY that’s stored in each faction pools.

This will be a series of milestones in which by staking & earning certain amounts of MNKY SMOps will take place.

When the first Milestone set for any team is reached, SMOps will begin, this is where you can increase your assets by attacking the other team’s funds. The opposing team will have to defend using their resources on a 4:1 ratio (The Resistance:The Hunters).

The winning team will earn a part of the enemies fund as a reward for defeating their rival and 20% of that reward is going to be burned.

Note. Funds will be locked as part of the SMOps event. Snapshots will be taken a few minutes before milestones are reached.