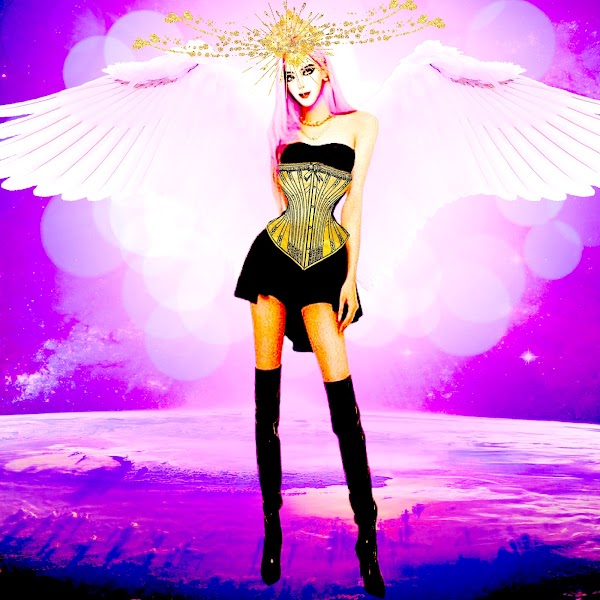 The Kingdom Royale by TheKingdom

This little princess is the baby sister of Prime Minister Lana. So she is the cousin of the Queen which makes her of royal bloodline. Before Princesses of Sogon becomes an adult, their wings are always in a light shade of pink. Once they have fully grown, their wings turn pure white. Layla is playful and a little defiant. But she never gives Queen Auragon any trouble because she looks up to her and worshipped her. She wants to serve the queen just like her sister Lana when she grows up. Layla though young is extremely intelligent and already an expert fighter. She likes to follow Auragon around as if she is her mother.

The Kingdom resides on a planet called Sogon. It is a prosperous land with magical powers that bloom the most exotic of plants that can heal the sick, extend youth and even resurrect the dead. Ruled by the beautiful and extremely powerful Queen Auragon for 500 over years, the Kingdom of Sogon has attracted many from other planets that brought all their wealth and talents to seek citizenship with Sogon. Many Kings had tried to take down Sogon because whoever did can marry the Queen and inherit the planet. However, none has ever won the quest because she is more powerful than 10 kings added together. Her people worshipped her. Her favorite past time is playing with her dragons. Her mount is the golden dragon called Beast. It has the power to spit fire that can kill an entire army. This is only the beginning of the story…

The team has started to compile on a series of royalties within the Kingdom.

We have more coming but of course we started with the Queen and her golden dragon.