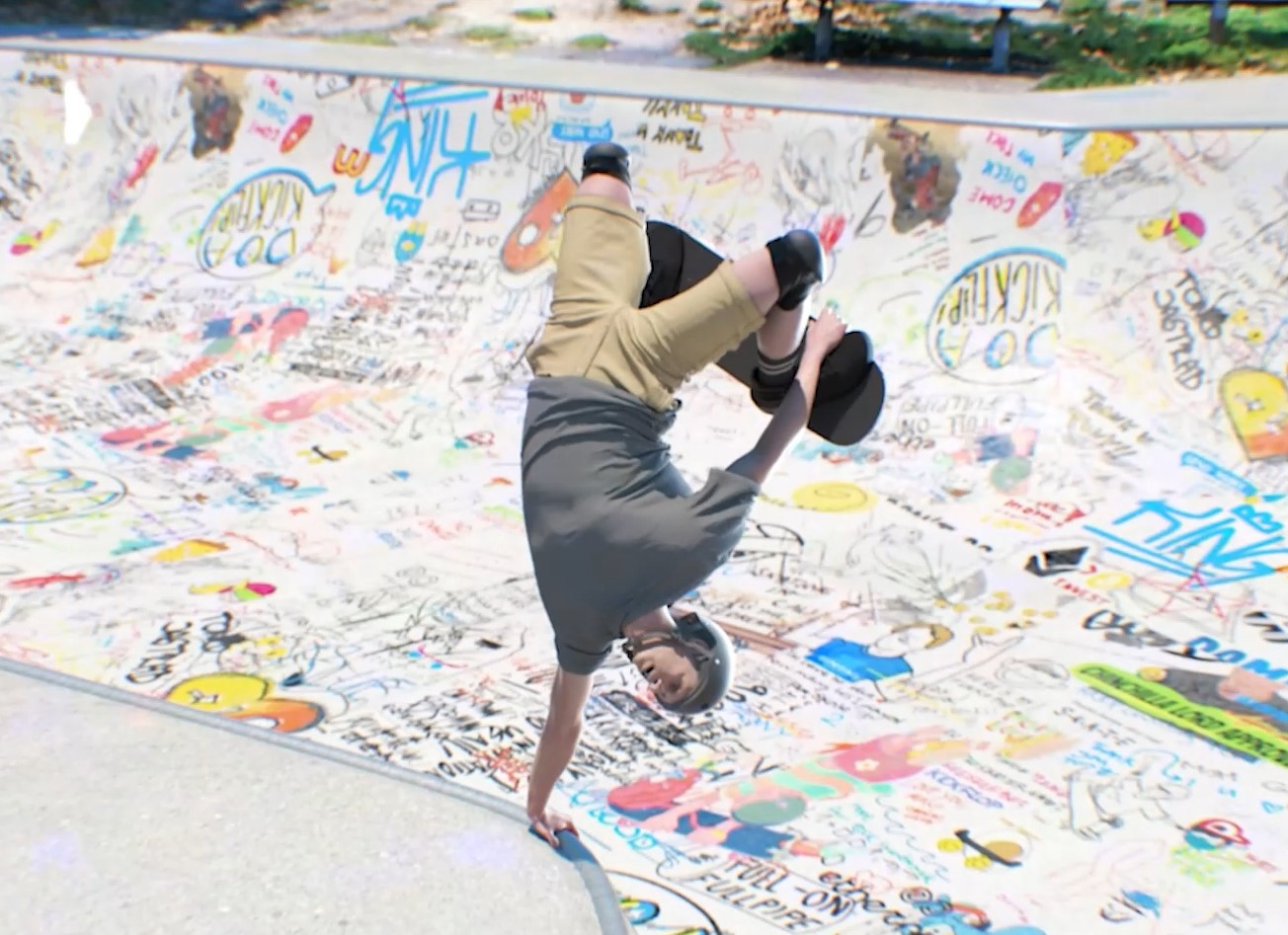 “In 1989 I started trying ollie 540’s as a joke, since it seemed there was no way to keep a skateboard on your feet throughout 1 1/2 spins in the air. But at some point I started scooping the tail with my back toe, which kept my feet in place for most of the spin. When Stacy Peralta came to shoot my segment for Ban This, I decided to finally make one since he was using ultra high-speed film cameras. You can see the progression of my feet staying on with this [unseen] raw footage of my attempts, before finally landing one… in a full squat, with hand dragging behind. It was the first of many that I’ve made over the last 32 years, and my technique improved as time went on. But they’ve gotten scarier in recent years, as the landing commitment can be risky if your feet aren’t in the right places. And my willingness to slam unexpectedly into the flat bottom has waned greatly over the last decade. So today I decided to do it one more time… and never again.” – Tony Hawk